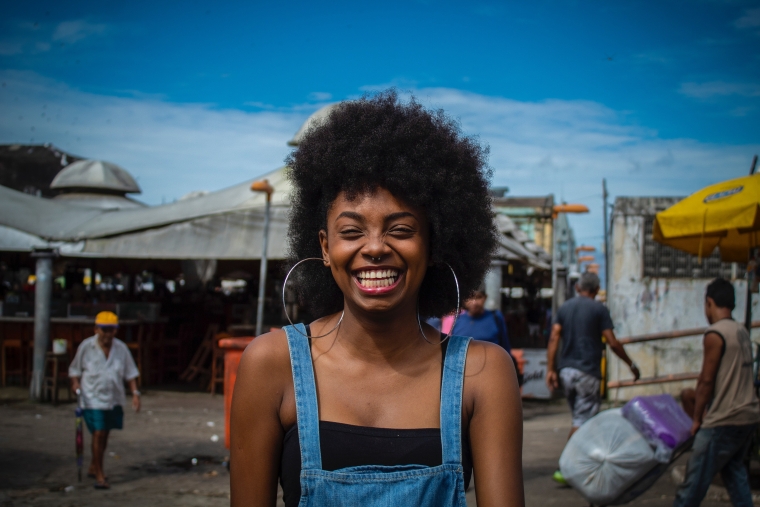 California is vying to become the first state to prohibit racial discrimination based on hairstyles--a form of discrimination that has hurt African Americans and people of color in the workplace.

Last month, the California Senate in a 37-0 vote approved a bill to revise the state’s existing anti-discrimination law to have the term “race,” include “traits historically associated with race,” NBC News reports. While federal and state laws prohibit discrimination based on religious hairstyles and head coverings, federal courts have not offered those safeguards more broadly based on race, noting in rulings that how a person wears their hair is a choice. Because of it being a choice, companies have been allowed to require workers to abide by workplace rules on professional appearance.

The bill challenges the notion of “Eurocentric standards of beauty” that have come to define what is considered professional, notes Sen. Holly Mitchell, a Los Angeles Democrat. “And so even though African Americans were no longer explicitly excluded from the workplace, black features and mannerism remain unacceptable,” Mitchell says.

Mitchell, who sponsored the Senate bill, known as the CROWN Act (Create a Respectful and Open Workplace for Natural Hair), says for centuries black people have had to spend money on pricey hair treatments with harmful chemicals in order to appease their bosses, USA Today reports.

“There are still far too many cases of black employees and applicants denied employment or promotion—even terminated—because of the way they choose to wear their hair,” Mitchell said while speaking about the bill last month on the Senate floor. “I have heard far too many reports of black children humiliated and sent home from school because their natural hair was deemed unruly or a distraction to others.”

Noliwe Rooks, professor of Africana studies at Cornell University, calls the California bill “big,” adding that "hair is connected to civil rights…and needs to be protected.”

New York City’s Commission on Human Rights made clear in February that its anti-discrimination laws cover hairstyles. But a statewide law could move other states to pass similar legislation. “…Employers may not enact discriminatory policies that force black employees to straighten, relax, or otherwise manipulate their hair to conform to employer expectations,” the commission noted in a February release (PDF). “Notably, employers that enact these types of grooming or appearance policies do not typically target hair characteristics associated with individuals with white, European ancestry,” the release states.

The California bill would not prohibit companies from mandating that workers’ hair be neat and clean or from having workplace rules pertaining to hair if safety or health are particularly important, including for restaurants, the Los Angeles Times notes in an editorial. But the publication says that some language in the bill could lead to unintended consequences. “It doesn’t specify what could be considered ‘traits historically associated with race’ —a phrase that is too broad and needs to be better defined,” the editorial notes. “Nevertheless, the intent behind this bill is sound: Black people should not be forced to wear their hair in unnatural styles to meet an employer’s biased standard of beauty and grooming.”

The California bill follows an Eleventh Circuit decision in 2016 that ruled in favor of an employer, Catastrophe Management Solutions, after it rescinded its job offer to Chastity Jones, Yahoo Finance reports. Jones refused to change her dreadlock hairstyle. The NAACP Legal Defense and Educational Fund filed a petition on behalf of Jones last year for the U.S. Supreme Court to review the ruling, but the high court declined to hear the case.